Before you go, check this out!

Why are bees important? Learn how you can help bees at home 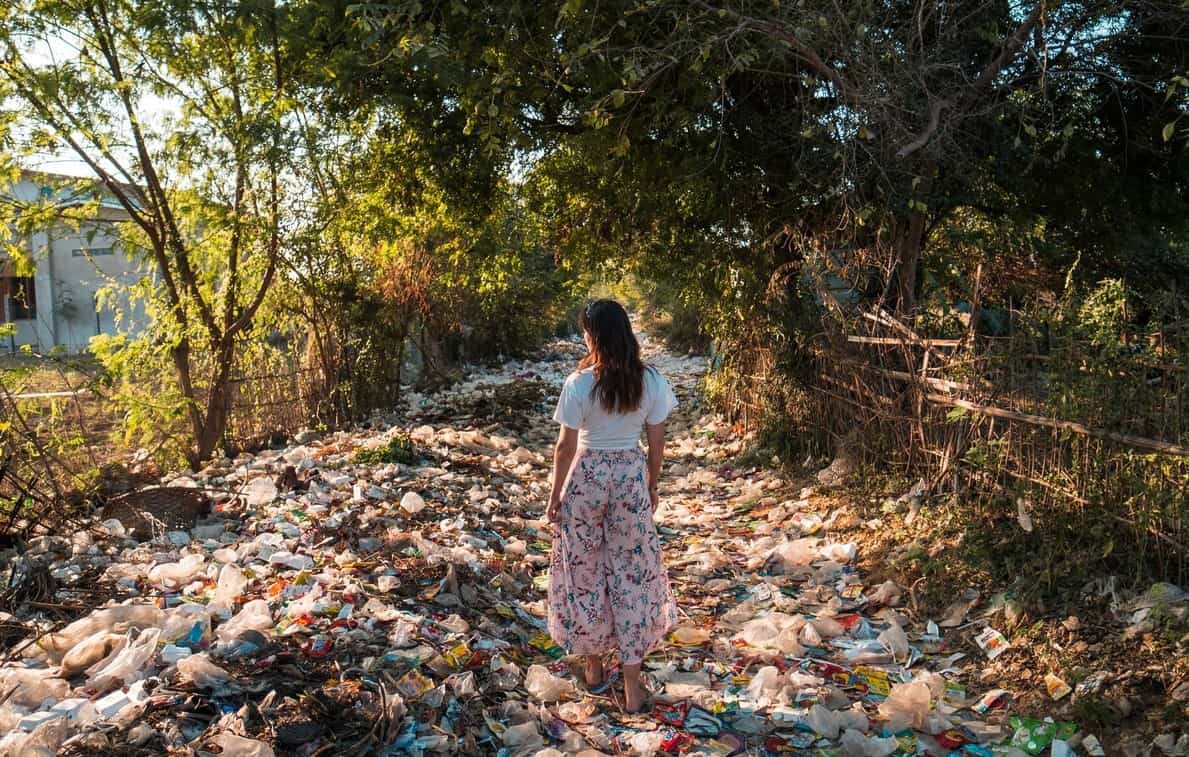 For most Brits and Westerners alike, the end of our rubbish worries is in the wheelie bin. We pop it in there and once a week or so it’s collected and the rubbish fairies make it disappear. If only this was true…

The fact is that once our waste leaves our house, it is only the beginning of it’s journey!

Some waste will be recycled, some will go to landfills and some will end up in the environment. We have a huge waste problem in the west which is driven by our shopping habits and our want for cheaper foods or other items.

Whilst the world has partially woken up to the negative effects of rubbish there is still a long way to go. The environment is still choking on our food wrappers and we can all help, whether it’s reducing your waste amount or going litter picking everyone can do something!

When did we start using plastic packaging?

Plastic has been around for over 100 years, in human terms that could sound like a long time. However, when the average lifespan of plastic is around 450 years it puts things into perspective.

If we don’t start really making an effort now, our children will be living in 12 billion tonnes of plastic waste by the year 2050.

So, where does Britain’s waste and recycling go? Surely a leader of nations knows how to deal with its large island population’s waste? The sad fact is that the majority of the waste you put in recycling is not sent directly to a renowned and eco friendly recycling plant.

Instead the majority of our waste, both recyclable and non recyclable is mostly sold overseas. One of the biggest buyers of our waste is China, who do not have the best ecological or humanitarian record. Much of this litter just sits in a landfill in China opposed to in Britain, not really recycling is it?

What’s the best country for recycling in 2020?

So, how do we manage our huge waste and recycling issues? The top 5 countries for recycling are as follows:

England is at only 42.5% of its waste being recycled, not even in the top 15 globally. Whilst England is not the worst country for recycling, we are falling behind as a 1st world country and leading nation.

The worst countries for recycling are:

Whilst these countries are not performing too well it is worth noting that they do not play a large role in GeoPolitics like Britain/England. They are also not as affluent or have as many ‘resources’ as other leading countries.

It would be nice to see these countries also pick up the pace.

Britain does not have the required infrastructure to recycle its own plastic waste unlike Sweden who now also imports other countries’ waste (mainly the UK and Netherlands. They can do this because unlike other countries (cough Britain), Sweden invested in its recycling infrastructure allowing them to lead the way into a greener future.

The truth about recycling

The tricky part of recycling is knowing whether or not our waste is actually being recycled? After all, have you or anyone you know ever checked?

There is mounting evidence to suggest that much of the rubbish that goes into the recycling bin ends up in foreign landfills opposed to a recycling center. These findings have been brought about by a Government spending watchdog.

In a recent report, the watchdog stated “The system appears to have evolved into a comfortable way for the government to meet targets without facing up to the underlying recycling issues. The government has no evidence that the system has encouraged companies to minimise packaging or make it easy to recycle”. Something I’m sure we can all agree is very typical of a short sighted Government.

Adding to the above statement the Government’s spending watchdog said  “And it relies on exporting materials to other parts of the world without adequate checks to ensure this material is actually recycled, and without consideration of whether other countries will continue to accept it in the long term.”

However, this ‘quick fix’ is about to fail, with China already stopping the importation of 24 solid wastes from plastic bottles to mixed waste paper in an initiative called ‘Foreign Garbage’. It is becoming more evident that the rest of the world is getting to the end of its tether regarding the waste from the west, and who can blame them!

Why do we create so much waste?

The by-product of consumerism is waste, the more we consume the more waste we produce. The western market is also driven by things like lower costs and securing the sale, the waste created is only an afterthought if any thought is given at all!

There is a responsibility on our Governments and politicians to do their job properly, there is also a responsibility from us as individuals. As a (far from perfect) but mostly functional form of democracy we need to make sure the right people make it to the positions of power. We can also make a difference by paying attention to the products we buy – are they eco friendly?

How to create change the world

We have a long way to go and many battles to be fought but it can be done. As individuals we need to start making some decisions. This might mean not having your cheap steak on a Friday, or having to make an effort and cook food from scratch. On their own these changes may seem pointless, but if you don’t buy cheap meat the market will dry up leading the way for more ethically sourced animal products. By cooking food from scratch you can reduce your packaging waste, this in turn removes the need to recycle altogether – perfect.

link to What Perennial Vegetables Should I Grow In My Edible Forest?

Perennial vegetables are edible plants that return year after year with minimal assistance from the gardener. They reseed themselves above ground or produce underground tubers/rhizomes/or roots that...

Continue Reading
link to [GUIDE] How to grow Kale

At the Backyard farm we approach kale the same way every time and have great success with this kale growing method. You are going to need; Good quality soilCompostKale seeds (Your chosen variety,...

The Backyard Farmer is an ongoing project exploring 'foodscaping' or edible gardening as a way to source food more ethically. On this website you will find guides on how to foodscape your backyard and how to look after suburban chickens properly.

All our articles are written from hands on experience, you know the solutions we provide have been tried and tested. If you do have any questions however you can always contact us - Enjoy your stay & thanks for stopping by :)

This site is a participant in Google Ad's, an advertising program designed to provide a means for sites to earn advertising fees by advertising. We are compensated for referring traffic and business to companies linked to on this site.